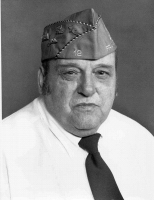 John Stephen Thomas age 66 of Frankfort passed away February 1, 2009 in Rochester. Born January 1, 1943 in Clinton County, Indiana to Edward J. & Mary Helen (Judgkins) Galvin. He graduated from Frankfort High School and attended Ivy Tech. Served in the US Navy. He spent most of his life working in restaurant management and later in healthcare as a QMA. He was a member of the American Legion Post #12, SAL (Sons of the American Legion) where he was a past commander, and the SAL Honor Guard. He married Willie Jay Greer on November 25, 1972 and they later divorced. Surviving is a daughter, Mary Thomas of Rochester, 3 sons: Richard Thomas of Bald Knob, AR, Joseph E. Thomas and Robert Thomas both of Frankfort. 4 grandchildren: Chloe, Tabby, Xander, and Baby P. 3 brothers: Robert Galvin (Joyce) and Roy Galvin both of Frankfort, and Ed Thomas (JoAnn) of Kewanna, and a sister, Patricia Birge (Euel) of Akron. He was preceded in death by his parents, 5 sisters, and 3 brothers.;The family will receive friends 11-Noon Saturday February 7, 2009 at the Frankfort American Legion Post #12 where a memorial service will be held at 12 Noon. His cremation arrangements were entrusted to Archer-Weston Funeral Home.