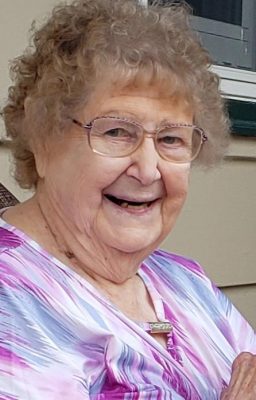 Sue was a graduate of Odin Illinois High School, earned her Bachelor’s Degree from Southern Illinois University and her Master’s Degree from Purdue University.  She was a school teacher for 5 years in Centralia, Illinois and worked in food preparation for several restaurants.  She was a member of Eastside Christian Church, the Order of Eastern Star, and the “Gold Ladies”.  She loved spending time with her grandchildren and enjoyed sewing and cooking.

Memorial Donations may be made in Sue’s honor to the Wesley Manor Employee Appreciation Fund, 1555 N. Main Street, Frankfort, IN  46041.

She was preceded in death by her parents, husband, granddaughter-in-law: Jana DeFord, great-granddaughters: Hazel DeFord and Lily DeFord, and 2 brothers.