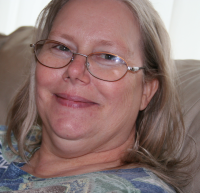 Kathy D. Maish, 59, of Frankfort passed away Monday, November 3, 2014 at St. Vincent Hospital in Indianapolis. She was born on April 23, 1955 in Frankfort, Indiana to Marvin and Dorothy (Tedlock) Maish. Kathy was a lifelong Frankfort resident and a 1973 graduate of Frankfort High School. She worked for Mallory’s in Frankfort for 15 years then Riggs Community Health in Lafayette as a Phlebotomist for 3 years. Most recently, she had worked as a Patient Advocate for Express Scripts in Indianapolis and had been there for 3 years. She enjoyed cooking, baking, sewing, and ceramics.

Funeral services will be held at 11 a.m. Friday, November 7, 2014 at Archer-Weston Funeral & Cremation Center, Frankfort, IN. Friends may visit from 9 a.m. until service time on Friday at the funeral home. Burial will follow in Green Lawn Memorial Park.

She was preceded in death by her parents and a sister: Marilyn Storm.