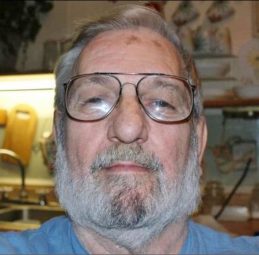 Larry grew up in Roselawn, Indiana and graduated from high school in Newton County in 1959.  He moved to Frankfort in 1967 and worked as a Production Engineer for Mallory Controls for 39 years.  Larry was a life member of the Fraternal Order of Eagles Aerie #976 in Frankfort.  He prided himself in caring for his family and never wanted them to go hungry, often working more than one job to ensure that they never did!  An avid woodworker, he made several furniture pieces for family members.  He also loved to shoot and cook.

Memorial donations may be made in Larry’s honor to the Salvation Army of Clinton County, 300 W. Washington Street, Frankfort, IN 46041.

In accordance with Larry’s wishes, no services will be held.  Archer-Weston Funeral & Cremation Center and Clinton County Crematory, 501 East Clinton Street, Frankfort are honored to assist the Clinton family.

He was preceded in death by his parents, son: Larry Dale Clinton, Jr., 3 sisters, and a brother.