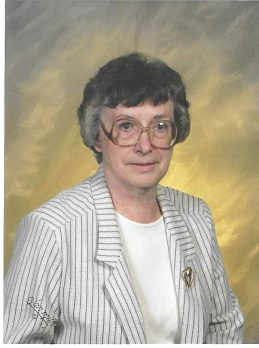 Marinell (Fields) Letanosky, 85, of Frankfort, passed away September 25, 2022 at Wesley Manor Retirement Community in Frankfort.  She was born on February 6, 1937 in Cumberland, Kentucky to Ernest Delmond and Stella (Creech) Fields.  She married Jerry Nelson Letanosky on June 20, 1959 at the Cumberland Missionary Baptist Church in Cumberland, Kentucky and he preceded her in death on May 6, 2015.

Marinell was a 1954 graduate of Cumberland High School and while there, she was a member of the National Honor Society, Beta Club, 4-H Club and worked at the Cumberland Department Store.  She worked for Witham Hospital in Lebanon, Commercial Filters in Lebanon, and was in the Accounting Department for Federal Mogul in Frankfort for 45 years, retiring in 2009.  She enjoyed sewing, knitting, crossword puzzles, and volunteering at The Crossing, a school in Frankfort.  Her biggest love was taking care of her family.

Memorial donations may be made in Marinell’s honor to the First Church of the Nazarene World Missions, 2056 East Wabash Street, Frankfort, IN  46041.

A Funeral Service will be held at 11 a.m. Saturday, October 1, 2022 at Archer-Weston Funeral & Cremation Center, 501 East Clinton Street, Frankfort.  Friends may visit 9 a.m. until the time of service at 11 a.m. at the funeral home.