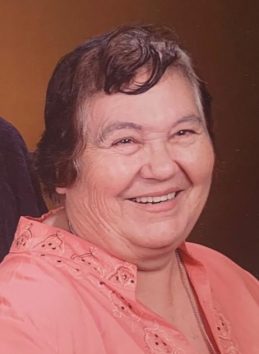 Mercedes was a Homemaker and had also worked for Miller’s Restaurant and at Shoestring Corp.  She was a member and past President of the American Legion Auxiliary.

Friends may visit 1-4 p.m. Sunday, February 7, 2021 at Archer-Weston Funeral & Cremation Center, 501 East Clinton Street, Frankfort.  Private Family Services will be held on Monday, February 8, 2021 at the funeral home.  Burial will be in Plainview Cemetery, Colfax.  Out of respect for the health, safety, and comfort of all in attendance, guests will be expected to adhere to current CDC guidelines regarding appropriate social distancing and the wearing of masks.

She was preceded in death by her parents, husband, daughter: Margarita Pritchard, son: Donald “Gene” Ferguson, son-in-law: Doug Sanders, and 7 brothers and sisters.