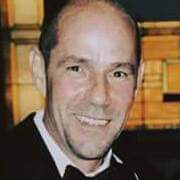 Michael L. Smith, 57, of Attica passed away on Thursday, December 1, 2016 at his home.  He was born on October 20, 1959 in Frankfort to Charles Lee & Wilma Jean (Walters) Smith.  He attended Clinton Prairie High School and graduated from Lebanon High School in 1977.  He served in the United States Army.  He worked as a welder at Can Am in Lafayette and also worked at the Veedersburg Foundry.  He attended Colfax Wesleyan Church.  Mike enjoyed riding his motorcycle and was known as “Road Dog”.  He was a social butterfly and was always the life of the party.  He was loved dearly by his nieces and nephews.

Memorial donations may be made in Mike’s honor to the American Lung Association with envelopes available at the funeral home.

A funeral service will be held at 11 a.m. Tuesday, December 6, 2016 at Archer-Weston Funeral & Cremation Center in Frankfort.  Friends may visit from 4-8 p.m. on Monday, December 5, 2016 at the funeral home.  Graveside service will follow the service on Tuesday at 1 p.m. at the Lutheran Cemetery in Wallace, IN.

He was preceded in death by his parents and a sister:  Gloria Wyrick.