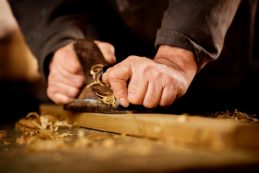 Michael was a lifelong Frankfort resident and attended Frankfort schools.  He was a roofer for Blackmore and Buckner Roofing in Indianapolis for 30 years.  He enjoyed woodworking and spending time with family.

No Funeral Services are planned at this time.  Burial will be in Bunnell Cemetery at a later date.  Archer-Weston Funeral & Cremation Center, 501 East Clinton Street, Frankfort and Clinton County Crematory are honored to assist the McQueen family.

He was preceded in death by his parents, a sister, and 3 brothers.