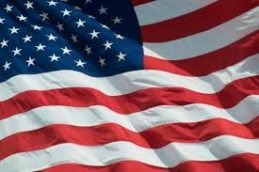 Michael Paul Carlson, Sr., of Rossville, passed away November 23, 2021 in his home.  He was born on December 31, 1943 in Lafayette to Paul Howard and Janet Florine (Mull) Carlson.  He married Dianna Lynn Richardson on February 17, 1964 in Madison, Indiana and she survives.

Michael attended Attica High School and earned his GED in 1963.  He served in the United States Air Force from 1961 to 1964 and attended Technical School while in the service.  He earned a Technical Certificate from Ivy Tech.  He was a Maintenance Supervisor for Globe Valve in Delphi for 28 years, retiring in 1999.  Michael was a born again Christian and loved working on automobiles.

No Service is planned at this time.  Archer-Weston Funeral & Cremation Center, 501 East Clinton Street, Frankfort is honored to assist the Carlson family.  Burial will be in Palestine Cemetery at a later date.

Surviving along with his wife: Dianna are his Sons: Michael P. (Julie) Carlson, Jr. of Bringhurst and Joseph P. Carlson of Lafayette; Daughter: Tonya Sue (Sam) McClaine of Lebanon; 7 Grandchildren; and 4 Great-Grandchildren, and one brother.

He was preceded in death by his parents, step-father: Preston Tincher, Jr., and infant son: Christopher Hansel.