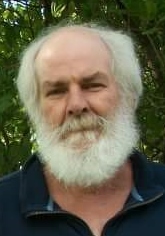 Monty L. Bushong, 67, of Thorntown, passed away Friday, August 4, 2017 at Witham Memorial Hospital in Lebanon.  He was born on February 27, 1950 in Frankfort to Dewey Earl and Opal Lorene (Dubree) Bushong.  He married Stella Huffer Deiterle on July 1, 1989 in Frankfort and she survives.  He was a 1970 graduate of Frankfort High School and served in the United States Navy from 1975 to 1979.  Monty worked for Hachette Book Group in Lebanon for many years then for CNH in Lebanon for 5 years before retiring in February 2015.  He was a member of New Hope Church and a member of Frankfort Eagles FOE 976.  He enjoyed hunting, fishing, was an avid IU basketball and Chicago Bears fan.  He also enjoyed NASCAR and was a Dale Earnhardt, Jr. fan.  He collected Elvis memorabilia and Budweiser Christmas beer steins.  Monty’s greatest joy in life was his family and his greatest happiness was seeing them happy – all he wanted to do was make those around him happy.

Memorial donations may be made in Monty’s honor to the Archer-Weston Funeral & Cremation Center to assist with final expenses.  Envelopes will be available at the funeral home.

A funeral service will be held at 11 a.m. Thursday, August 10, 2017 at Archer-Weston Funeral & Cremation Center in Frankfort.  Friends may visit from 4-8 p.m. on Wednesday, August 9, 2017 at the funeral home.  Pastor Shan Sheridan will officiate.  Burial will follow in Bunnell Cemetery.

Surviving along with his wife:  Stella Bushong of Thorntown are his Step-Daughter:  Dianna Dieterle Ferguson of Thorntown;  Step-Son:  James “Bobby” Dieterle of Kokomo;  Grandsons:  Dylan Moore of Carmel, Alex Ferguson and Eric Ferguson both of Thorntown;  Sister:  Mary Amich of Frankfort;  and Several Nieces and Nephews.

He was preceded in death by his parents, 5 brothers:  Henry, JR, Boyd, Robert, and Dennis Bushong, and 3 sisters:  Maude Ray, Maxine Bushong, and Emmogene Keltner.