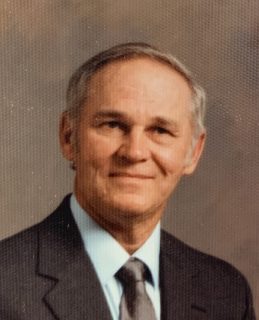 Paul was a 1942 graduate of Rossville High School, where he later in life served two terms on the school board.  He was an honorary chapter farmer in the Rossville FFA.   He also attended Purdue University.  Paul was a lifetime farmer.  In his early years, he raised pure bread Hampshire hogs.  The high of his career was having the Grand Champion pen of 3 barrows at the International Livestock Show in Chicago.  In 1999, he was the Clinton County Soil and Water Farmer of the Year.

Paul was a 70 year member of the Geetingsville Presbyterian Church, where he served on the church board and was a Sunday school teacher for many years.  He was a past member of the Frankfort Moose Lodge and the Beard Lodge.  He loved to play cards and dominos, and was a member of the “Sunday Night Club”.  One of his greatest joys was watching his children, grandchildren, and great grandchildren show pigs at the county fairs.

In accordance with Paul’s wishes, no services are planned.  Burial will be in Geetingsville Cemetery at a later date.  Archer-Weston Funeral & Cremation Center and Clinton County Crematory are honored to assist the Larson family with arrangements.