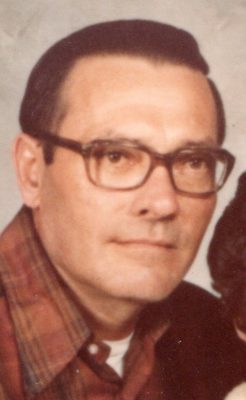 Phil attended Frankfort Schools and served in the United States Army from 1952-1955 and the Navy from 1956-1960.  He served in the Korean Conflict and earned a Bronze Star while serving.  He was a self-employed Mechanic and a member of the American Legion Post #12, a life member of the Frankfort VFW Post #1110, and a 38 year friend of Bill W.  Phil enjoyed working on vehicles and fishing.

Memorial donations may be made in Phil’s honor to the Eagle Harvest Ministries with envelopes available at the funeral home.

A funeral service will be held at 11 a.m. Saturday, September 2, 2017 at Archer-Weston Funeral & Cremation Center in Frankfort.  Friends may visit from 9 a.m. until the time of service at the funeral home.  Pastor Jeff Sarine will officiate.  Burial will follow in Green Lawn Memorial Park.

He was preceded in death by his parents, his wives, a son:  Gary Wayne Gant, and 2 grandchildren.