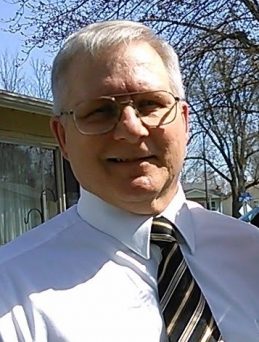 Phil Weida, 72, of Frankfort, passed away January 26, 2022 at IU Health Frankfort Hospital.  He was born on October 22, 1949 in Frankfort to Fred and Vida (Neuenschwander) Weida.  He married Joyce Tuggle on September 7, 1993 in Alpha, Kentucky and she survives.

Phil was a 1967 graduate of Frankfort Senior High School and served in the United States Marines.  He was a printer and worked in the family business, Heritage Lithographics, for over 40 years.  He had also worked at Ruler Foods for the past 3 years.  He was a born again Christian and loved spending time with his grandchildren.

Surviving along with his wife: Joyce are his Sons: Eric (Jaime) Weida of Lathrop, Missouri and Jason (Yamelly) Weida of Overland Park, Kansas; Daughter: Lacey (Terry) Flynn of Marshall, Texas; Sisters: Peggy Murphy of Arizona and Janet (Phil) Stanton of Frankfort; 13 Grandchildren and 7 Great-Grandchildren with one on the way.