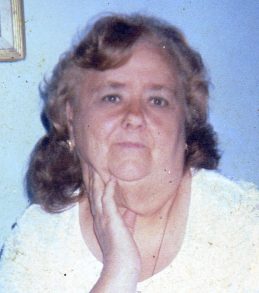 Phyllis Darlene Scott, 70, of Frankfort, passed away on Friday, February 10, 2017 at Kindred Hospital in Indianapolis.

She was born on September 18, 1946 in Frankfort to Walter and Edna (Harshman) Gleason.  She attended Frankfort schools.  She married Lonnie Scott in Frankfort on March 17, 1964 and he preceded her in death on July 24, 2001.  Darlene was a Homemaker.  She was a member of Victory Chapel in Frankfort and a former member of the Eagles Auxiliary in Frankfort.  She loved traveling, visiting state parks, fishing and playing Bingo.

Memorial donations may be made in Darlene’s honor to the American Heart Association with envelopes available at the funeral home.

A funeral service will be held at 1 p.m. Thursday, February 16, 2017 at Archer-Weston Funeral & Cremation Center in Frankfort.  Friends may visit from 4-8 p.m. on Wednesday, February 15, 2017 at the funeral home.  Pastor James Barnard will officiate.  Burial will follow in Bunnell Cemetery.

In addition to her parents and husband, she was preceded in death by 4 sisters and 5 brothers.