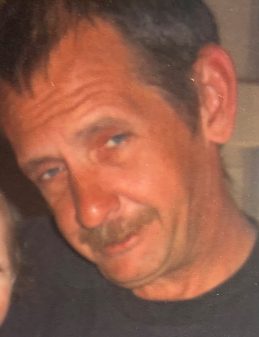 Ricky Andrew Burns, 56, of Frankfort passed away January 24, 2020 at IU Frankfort Hospital.  He was born on August 27, 1963 in Lexington, Kentucky to Clyde and Linda (Humphrey) Carson.  He married Dawn R. Wallace on September 18, 2000 in High Bridge, Kentucky and she survives.

Ricky attended school in Frankfort, Kentucky and earned his GED in 1999.  He worked for the city of Wilmore, Kentucky for several years.  He moved to Frankfort, Indiana in 2014.  Ricky was always willing to lend a helping hand and loved his family, especially his grandkids.

Surviving along with his parents and wife are his Daughters: Amber Chester and Ashley (Cory) Baker both of Frankfort, IN; Grandchildren:  Kyah, Tynleigh, Cole, and Jersey Chester and Aden, Ryleigh, Jerrick, Kyler, and Benny Baker; Brothers:  Justin Carson of Wilmore, KY and Holbert Tolson of Georgetown, KY; along with several nieces and nephews.

He was preceded in death by his grandparents: Lillian Tolson and Luther Humphrey and his uncle: Buck Humphrey.