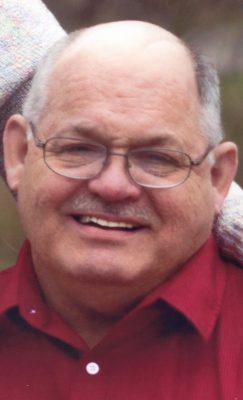 Bob was a 1970 graduate of Clinton Prairie High School and worked as a meat cutter for Colfax IGA, Tippecanoe Meat & Fish, R&R Meat Processors, HB Ham, and then Payless in Lafayette for 20 years.  He was a member of the Colfax Christian Church and had previously been a member of the Masonic Lodge, Colfax Lions Club, and past president and girls softball coordinator for Colfax Summer Sports.  He loved his family, enjoyed trapping, fishing & hunting, was a Colts fan, and his passion was coaching softball which he did for 25 years at both Colfax and Clinton Prairie.

Memorial donations may be made in Bob’s honor to Colfax Summer Sports with envelopes available at the funeral home.

A funeral service will be held at 10:30 a.m. Friday, July 14, 2017 at Archer-Weston Funeral & Cremation Center in Frankfort.  Friends may visit from 4-8 p.m. on Thursday, July 13, 2017 at the funeral home.  Pastor Paul Del Valley will officiate.  Burial will follow in Plainview Cemetery.

Surviving along with his wife and loving “Boss” of 43 years, Diana are his Daughters:  Cynthia (Scott) Briceland of Imperial, PA, Kelly Haughs (Jarald Ridley) of Ft. Wayne, IN, & Brook (Eric) Miller of Flora, IN;  Sister:  Sarah (Joe) Burkle of Florida;  Brothers:  Mark (Katy) Haughs of Alabama, Matt (Diana) Haughs of Darlington, IN, & Tom (Laura) Haughs of Indianapolis, IN;  Brother-in-law:  Dennis (Lue) Morrow of Delphi, IN;  Grandchildren, that meant the world to him:  Cohen Miller, Grayson Miller, Emmett Miller, Audrey Briceland, Joey Briceland, Nora Ridley, & Jarrett Ridley;  along with several Nieces and Nephews whom he adored.