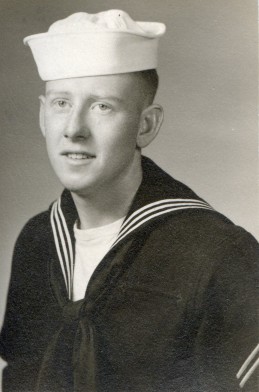 Robert Eugene Smith, 82, of Frankfort, died Saturday, December 19, 2015 at Signature Health Care at Parkwood in Lebanon.  He was born on July 12, 1933 in Tipton County to Harold & Pauline (Coffman) Smith.  Bob’s first marriage was to Sara Huffer and they divorced.  In January of 1964 he married Marilyn Sue Turner and she survives.

Mr. Smith was a mechanic and auto technician for the Albert “Prep” Laughner dealership in Frankfort for many years.  He then spent over 20 years at Rohn prior to retirement.  He was a 1951 graduate of Michigantown High School and served in the US NAVY as a Boiler Technician from 1952-1960 on the USS Noa during the Korean War.  He enjoyed fishing, coon & deer hunting, birds, squirrels and bowling along with camping on the Wabash River.  He also enjoyed his dog Rowdy.

Memorials may be made to the Alzheimers Association.

Services will be held at 11 a.m. Wednesday, December 23, 2015 at Archer-Weston Funeral & Cremation Center. Visitation will be from 9 a.m. until the time of service. Rev. Craig Overman will officiate. Burial will be in Green Lawn Memorial Park.

He was preceded in death by a daughter, Jana Smith along with his parents.