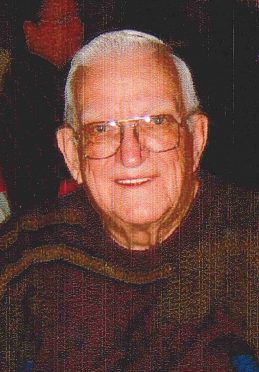 Bob was a graduate of Frankfort High School and earned the rank of Sgt. in the United States Army from 1953 to 1955, serving in Korea.  He worked as a Supervisor and Mechanic at Federal Mogul for 33 years, retiring in 1995.  He had also worked for Martin Electric for 50 years and Friends Electric for 8 years.  Bob was a member of the Frankfort Bible Holiness Church.  His other memberships included H.A.R.F. Racing Club and the American Legion Post 12.  Bob was a great story teller and everyone called him for boat repairs.  He enjoyed fishing, boating, traveling, birds & squirrels, and he loved his grandchildren and great-grandchildren.

Funeral Services will be held at 3 p.m. Friday, March 26, 2021 at Archer-Weston Funeral & Cremation Center, 501 East Clinton Street, Frankfort.  Friends may visit from 12 Noon until the time of service at 3 p.m. at the funeral home.  Burial will follow Green Lawn Memorial Park, Frankfort.  Out of respect for the health, safety, and comfort of all in attendance, guests will be expected to adhere to current CDC guidelines regarding appropriate social distancing and the wearing of masks.

He was preceded in death by his parents and his siblings:  Kenny, Max, Gene, Charles, Everett, Fred, Beauty Reagan, and Barbara Dannin.