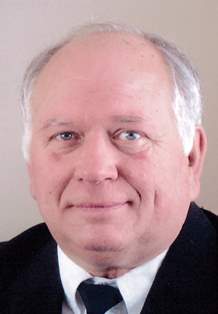 Ronnie Gene Unger, 76, of Galesburg, Ill., died on Monday, September 14, 2020 in the emergency room of OSF St. Mary Medical Center in Galesburg.  He was born on November 28, 1943 in Frankfort, the son of Martin Van Buren and Wilma Dean (Carter) Unger.  He married Leah Anne Harshman on September 5, 1965 in Frankfort and she survives.

Ron was raised and educated in Frankfort, where he graduated from high school in 1962 and was the senior class President.  He graduated from Purdue University in 1968.  After college, Ron worked as an industrial engineer for the Whirlpool Corporation in St. Joseph, Michigan for 4 ½ years.  He then worked for two years as a production scheduling supervisor for Diamond Reo Trucks in Lansing, Michigan.  In 1975, Ron moved his family to Galesburg, where he began a 30-year career with the Maytag Corporation, retiring December 31, 2004 as senior manufacturing manager.  Since June of 2019, Ron has served as the receiving manager at Wordsmith Bookshoppe.

Ron was a member of the former Emmanuel United Methodist Church for 30 years, where he served on the Pastor-Parish Committee, was the finance chairperson, and served on the board of trustees.  He and Leah later attended the First Christian Church in Monmouth.  Ron was a member of the Cary Club and Alpha Eta Rho at Purdue University and was in the Management Club from Maytag.  Ron was an Eagle Scout as a pack co-leader.  He enjoyed camping, traveling, hunting, and fishing.  He had volunteered with the Warren County Special Olympics for 10 years.

Memorial donations may be made to the Ron and Leah Unger Scholarship Endowment at Purdue University, with checks payable to Purdue Foundation.  Archer-Weston Funeral & Cremation Center is honored to assist the Unger family.

Funeral Services were held in Galesburg, Ill.  Graveside services will be held at 2 p.m. Saturday, October 10, 2020 at Kilmore Cemetery, Frankfort, Ind.    Out of respect for the health, safety, and comfort of all in attendance, guests will be expected to adhere to current CDC guidelines regarding appropriate social distancing and the wearing of masks.

He was preceded in death by his parents; brother: Martin D. Unger; and sister: Lynne Martin.