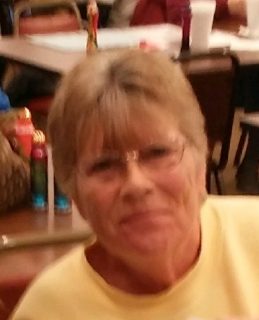 Sally A. Larson, 67, Of Frankfort, passed away on Thursday, March 1, 2018 at Howard Community Hospital in Kokomo.

She attended Clinton Central Schools.  She worked as a waitress for 10 years, at Peter Paul Cadbury for 3 years and Sonoco-Crellin, Inc in Frankfort for 25 years.  She enjoyed growing and painting gourds, attending concerts, Bingo, gardening, playing cards and NASCAR.

A funeral service will be held at 10:30 a.m. Tuesday, March 6, 2018 at Archer-Weston Funeral & Cremation Center in Frankfort.  In honor of Sally’s wishes, no visitation has been planned. Pastor Rob Marcus will officiate.  Burial will follow in Bunnell Cemetery.

Survivors include her Sisters:  Diana (Luther) Ramsey of Frankfort and Deborah Neely of West Lafayette;  Brothers:  Bob Neely of Lafayette and Mark Neely of Frankfort;  along with Several Nieces, Nephews, Great-Nieces, Great-Nephews and her beloved dog Izzy.

She was preceded in death by her parents and her husband.

8 Condolences for “Sally A. Larson”