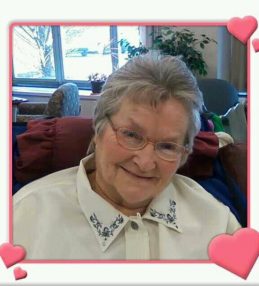 Mrs. Kennedy attended Spencer Elementary School and Ben Davis High School.  She worked at Jules Simon in Frankfort for 11 years before moving to St. Petersburg, FL in September 1977 where she was assistant manager for 7 years at the Holiday Inn and 4 years at Hilton Hotel.  She also managed apartment complexes with her husband for more than 20 years before returning to Frankfort in July of 2005.  She was a member of the United Methodist Church in St. Petersburg.  She enjoyed cooking, concerts, and loved garage sales.  She loved her children, grandchildren, and her pets.  Virginia never knew a stranger.  To know her was to love her.

Archer-Weston Funeral & Cremation Center is honored to assist the family with arrangements.

A Celebration of Life will be held at a later date.  Entombment will be in Green Lawn Mausoleum.

She was preceded in death by her husband, one daughter:  Tamara Lynn Kennedy, one son:  Ricky K. Ruse, a brother, and sister.