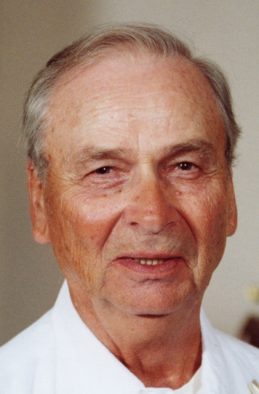 Wayne Lee Boots, 92, of Monticello and formerly of Frankfort passed away on Monday, April 25, 2016 at IU Health in Lafayette.

He was born on August 10, 1923 in Frankfort to Walter and Frieda (Straun) Boots.  He married Vera L. Jennings on April 30, 1949 in Clinton County and she preceded him in death of March 17, 2007.  He is a 1942 graduate of Frankfort Senior High School.  He served in the United States Army from 1943 to 1945 as a Tech Sergeant in the 87th Recon Division and fought in the Battle of the Bulge.  Mr. Boots was the Plant Manager at Jules Simon in Frankfort for 31 years and a Quality Inspector at Unarco Rohn in Frankfort for 14 years, retiring in July of 1992.  He was a member of the Monticello VFW and enjoyed fishing and watching sports.

A funeral service will be held at 2 p.m. Friday, April 29, 2016 at Archer-Weston Funeral & Cremation Center. Friends may visit from 11 a.m. until the time of service on Friday at the funeral home. Burial will follow in Green Lawn Memorial Park.

He was preceded in death by his Wife, Parents, Step-Father: Harley Beard, and Sister: Beverly Star.