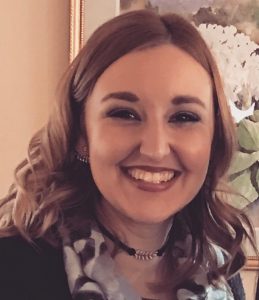 Whitney Anderson, 27, of Lafayette, formerly of Frankfort, passed away on Wednesday, July 5, 2017 at St. Elizabeth Hospital in Lafayette.

She was born on May 6, 1990 in Frankfort to Steve and Joni (Brouse) Anderson.  She was a 2009 graduate of Faith Christian School in Lafayette and earned her BS in 2014 from Liberty University in Lynchburg, VA.  She had previously worked as a consultant for MS Company in Indianapolis and was currently employed as a legal secretary for Rice & Rice Attorneys in Lafayette.  Whitney had been a member of Faith Family Church in Frankfort and was currently a member of Faith Church in Lafayette.  While at Liberty University, she was the president of the Concerned Women of America Campus Chapter.  She served and volunteered in her churches, Vision of Hope, and at Faith School.  She was active in pro-life marches and loved spending time with her friends and family, especially her nieces and nephews.

Memorial donations may be made in Whitney’s honor to the Concerned Women of America, Vision of Hope, or Faith Christian School with envelopes available at the funeral home.

Surviving along with her parents Steve and Joni are her Sister:  Kelsy (Jonathan) Tapp of Noblesville, IN;  Brothers:  Graham (Bethany) Anderson of Greenfield, IN and Brant (Sarah) Janner of Kokomo, IN;  Maternal Grandfather:  Richard Swackhamer of Frankfort, IN;  Aunts:  Tina (Jerry) Ewing of Frankfort, IN and Donna McGee of Tipton, IN.