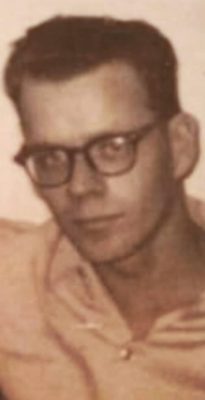 Bill attended Frankfort schools and later earned his GED.  He served in the United States Army National Guard in 1960.  He owned his own heating, air conditioning, and construction business for 10 years and retired in 2008 from Wesley Manor, where he worked in maintenance.  He was a member of First Christian Church in Frankfort.  His other memberships included the Elks and Eagles Lodges in Frankfort.

Memorial donations may be made in William’s honor to the American Heart Association, 7272 Greenville Avenue, Dallas, TX  75231.

Funeral Services will be held at 1 p.m. Wednesday, February 3, 2021 at Archer-Weston Funeral & Cremation Center, 501 East Clinton Street, Frankfort.  Friends may visit Noon until the time of service at 1 p.m. at the funeral home.  Out of respect for the health, safety, and comfort of all in attendance, guests will be expected to adhere to current CDC guidelines regarding appropriate social distancing and the wearing of masks.

He is survived by his Sons: Bill (Brande) Seibert II of Frankfort and John Seibert of Wisconsin; and 4 Grandchildren including Christopher Seibert of Indianapolis and Rylee Seibert of Frankfort.

He was preceded in death by his 3 brothers: Cletus, Leonard, and Kyle Seibert along with his sister: Virginia Wells.