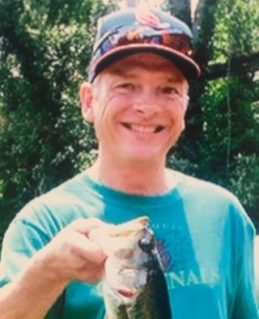 Chuck attended school in New London, Missouri and Louisiana, Missouri and was a 1980 graduate of Centralia High School in Missouri.  He served in the United States Air Force.  He worked for Tri Com in Missouri and moved to Frankfort in 1989, where he had worked for Crellin, DSM Neoresins from September, 1989 to June 2005, Donaldson Co., Forest Products, Boone Beverage, and had most recently worked for Basteel Perimeter Systems (Bell Machine) in Frankfort from February 2016 to July 2019.  He was a former member of the Frankfort Moose Lodge and a current member of the Frankfort Eagles.  Chuck had coached his son’s t-ball team and loved fishing, golfing, pitching horseshoes, playing softball and was a fan of the Mizzou Tigers, St. Louis Cardinals, and the Dallas Cowboys.

Memorial donations may be made in Chuck’s honor to the Clinton County Cancer Fund, 258 ½ Fourth Street, Frankfort, IN  46041.

A Celebration of Life Visitation is planned at the Frankfort Eagles on July 18, 2020 from 2-4 p.m.  Archer-Weston Funeral & Cremation Center, 501 East Clinton Street, Frankfort and Clinton County Crematory are honored to assist the family with services.

He was preceded in death by his parents and brother: Rex McEntire.