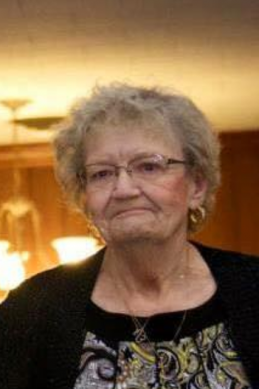 Kay was a 1955 graduate of Frankfort High School.  She worked for 4 years at National Cigar Factory, 5 years as a QMA at Frankfort Nursing Home, was Co-manager of Broadview Lake Campground for 10 years, and most recently she had worked as a cashier at Schultz IGA.  She was a member of First Christian Church and was past president of the VFW Auxiliary & Eagles Auxiliary.

Memorials may be made in Kay’s honor to the Clinton County Cancer Fund.

Funeral services will be held at 2 p.m. Thursday, August 20, 2015 at Archer-Weston Funeral & Cremation Center in Frankfort. Friends may visit from 5-8 p.m. Wednesday, August 19, 2015 at the funeral home. Burial will follow in Green Lawn Memorial Park where she and Phil will be laid to rest together.

In addition to her husband, she was preceded in death by her father, grandmother: Edna Reed, who raised her, step-mother, and her half-brother: Tom Reed.