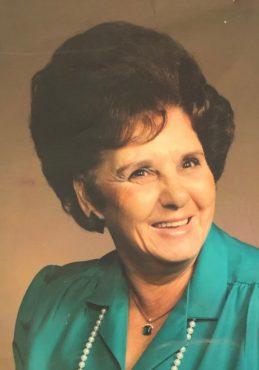 Ruth attended Scircleville Schools and worked at The National Cigar Factory and Del Monte in Frankfort.  She had also worked in nursing homes and was a waitress.  She lived in Indianapolis for 31 years and had moved to Frankfort in 2017.  She enjoyed animals of all kinds and loved feeding the squirrels and birds.  She especially loved her dogs:  Frankie, Lucky, and Baby.

Memorial donations may be made in Ruth’s honor to the Clinton County Humane Society, with envelopes available at the funeral home.

She was preceded in death by her parents, both husbands, son: Ronnie Blackburn, grandson: Paul, 3 sisters and 2 brothers.

4 Condolences for “Ruth A. Royse”